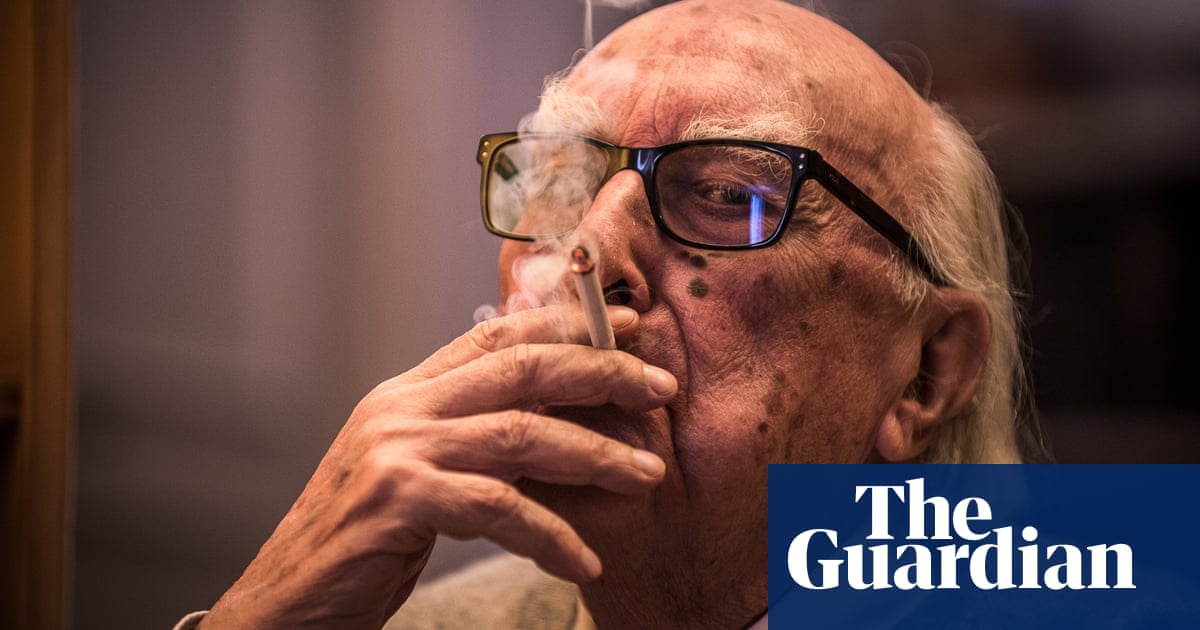 The final novel in Andrea Camilleri’s beloved Inspector Montalbano mystery series is was published on Thursday – but the late author actually completed it five years ago, to prevent his detective’s story being continued after his death.

The series, following the food-loving Sicilian detective as he solves crimes against the backdrop of a changing Italy, has been translated into 32 languages, with more than 65m copies sold around the world. Camilleri wrote the first book about Salvo Montalbano in 1994 at the age of almost 70; he began writing the 28th in 2004, depositing the manuscript at his publishing house in Palermo on the promise that it would be kept in a locked safe and only published after his death. “Sherlock Holmes was recovered … but it will not be possible to recover Montalbano. In that last book, he’s really finished,” he told the Guardian in 2012.

Camilleri died in 2019, and Riccardino, the 28th and final novel in the Montalbano series, was published in Italy in 2020. The English-language edition was translated by Stephen Sartarelli, and sees the Inspector investigating the murder in broad daylight of a man called Riccardino who had called him that morning. Metafictional and fourth-wall-breaking, it features interventions from “the Author” as Montalbano puzzles his way to the solution, with Camilleri clearly having a great deal of fun along the way.

“You’re making me write a shitty novel about the story of Riccardino. It’s a pile of horseshit that doesn’t hold together,” the Author tells Montalbano. “‘Do you really mean that?’ ‘I really mean it. You are putting far too many contradictory elements into play and keeping them all on the same level, so that the reader gets lost in the confusion. This mystery is a big hodgepodge that reads like it was written by a beginner.’”

In an author’s note written in 2005 and included with the book, Camilleri wrote: “This is the final novel with Inspector Montalbano as its protagonist. I will not write any more in the series. I regret this, but at 80 years of age, one cannot avoid the fact that many, too many, things must come to an end.”

Eleven years later, in November 2016, he revisited the unpublished work. “After turning 91 and feeling surprised at still being alive and still wanting to keep writing, I thought it might be a good idea to ‘adjust’ the story of Riccardino,” he adds. “I’ve lost my eyesight and therefore had no choice but to ask my friend Valentina to read it to me aloud. As I was listening, I became surprised at my own words. I no longer remembered the story, which I found good and unfortunately still relevant.”

Camilleri, who dedicated the novel to his late publisher Elvira Sellerio, said he changed nothing in the plot, but “did find it necessary to bring the language up to date”.

Camilleri’s British editor Maria Rejt, at Mantle, said: “It’s typical Andrea – he decided he had an idea of how to end the series and how to write Montalbano out of fiction. It’s meta but it works. When he wrote the first one, he didn’t see it as a series, but then, because he got such warmth from readers, he thought ‘maybe I can use Montalbano as a vehicle’. He had total rage against the corruption in Sicilian and Italian society, and he channelled that into the great warmth of Montalbano. But he doesn’t preach at you, he doesn’t stand on his soapbox. I think he just thought, ‘Montalbano is me, and I too am going to dissolve out of life’, so I think the ending is just pitch perfect. Like all authors he wanted to remain in charge.”

Sartarelli recalled a trip to Rome to see Camilleri, along with a group of British booksellers, in around 2008. The author, who was generally reticent about the final novel, admitted he’d written it so that it wouldn’t remain unfinished if he were to suddenly die.

“When asked how he brought it all to a close, he merely said that he didn’t want to kill his character, as others had done, and so he had him simply ‘go away’. Then one of the [booksellers] asked, ‘But if he’s still alive, aren’t you worried that, after you die, another writer might bring him back and continue his stories?’” said Sartarelli. “To which Camilleri replied, in his typical blend of Sicilian and Italian: ‘i quello che succede dopo la mia morte, me ne stracatafotto’. This had me cracking up immediately, almost unable to provide the translation necessary for the others to get in on the fun (however untranslatable the punchline): ‘As for what happens after my death, I don’t give a flying fuck.’”

Sartarelli said he subsequently understood that saying Montalbano would just “go away”, or “andrà via”, was “a rather sly reply, since we had no idea he meant it literally … In fact, if memory serves, I recall that, when pressed, he said that Montalbano would ‘disappear’ (sparire, in Italian). Again, he couldn’t have been more exact,” he said.

The translator said he first read Riccardino with some trepidation, conscious of its importance, and “anxious for it to live up to all the expectation”.

“I must say I was not disappointed. To me it is a tour de force and I wanted to get everything as right as possible,” he said. “The dialogues between author and character are particularly clever, in my opinion, and tone is of the essence, as is so often the case when translating an author so dependent on irony and sarcasm as Camilleri. It was truly crucial for those dialogues not to appear forced, since they are, by conventional standards, totally artificial. But I really think the Montalbano series could not have a more fitting end.”

Sartarelli added that Camilleri began writing about Montalbano when he was challenged by a friend, author and fellow Sicilian Leonardo Sciascia, to write a detective novel. It became, he said, “a phenomenon that with its success (especially in Italy) drew in the rest of the world and its various mediums of expression and created a sort of ontological, metaphysical dilemma not only for the character of Montalbano but for the author himself. And Andrea solved it as best he could, and as only he could: with wit, grace, melancholy and a world of human warmth.”

Oldest know drawing of a ghost found on 3,500-year-old tablet

This could be the world’s oldest ghost story. A 3,500-year-old Babylonian tablet at the British Museum contains what has been identified as the oldest known...
Read more
TV