By Sarah Abraham For Dailymail.com

Charlotte McKinney and boyfriend of four years Nathan Kostechko opted for a cultured date night as they hit up an art gallery in downtown Los Angeles.

The 28-year-old model and the tattoo artist were seen stepping out on Monday evening as they headed to the These Days gallery, where Nathan’s solo exhibition: A Curvy Spine Is The Devil’s Playground, is on display.

Turning up the edge with her look, the blonde bombshell wore head-to-toe leather while heading to the appointment-only gallery to support her beau.

Tongues out! The 28-year-old model was seen heading to an art gallery in Downtown Los Angeles with her boyfriend of four years Nathan Kostechko where she donned head-to-toe leather

The Maxim model showed off her incredible frame in a leather tube top and matching leather trousers, which she paired with black heels and a matching purse.

She left her platinum locks down straight and accessorized with statement earrings, and was seen playfully sticking her tongue out at one point while walking behind her beau.

Nathan, 36, looked cool in a white button down and navy slacks with a lightweight black jacket on top.

His brown hair was covered by a beanie and he wore black leather shoes while carrying a white tote bag. 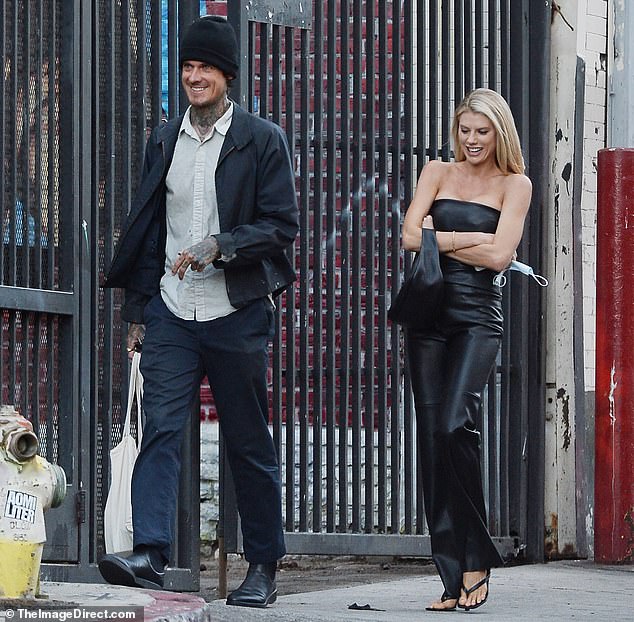 Date night: Proving to be the most supportive girlfriend, Charlotte headed out with Nathan to glimpse some of his artwork at a solo exhibition at the These Days gallery 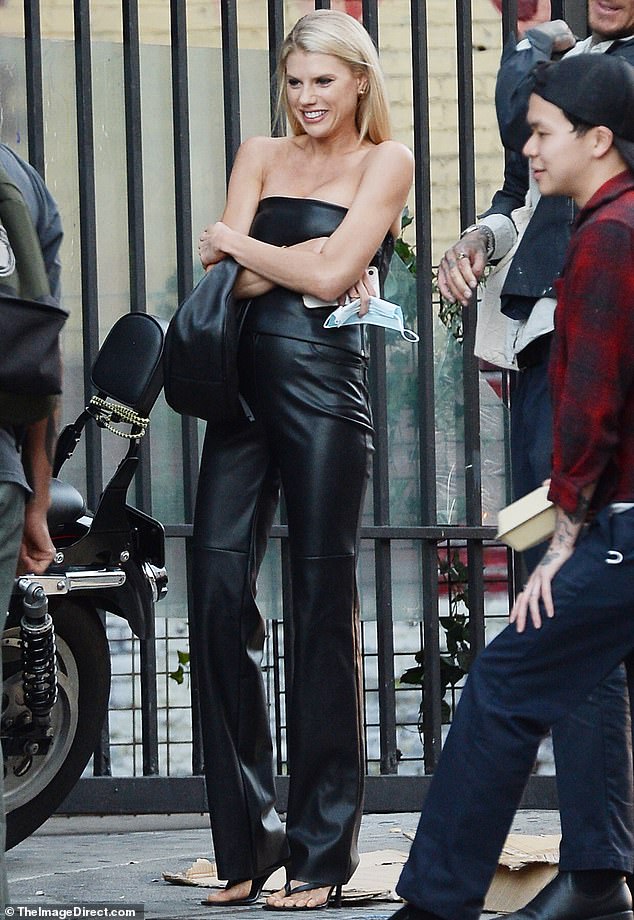 Outfit: The Maxim model opted for an edgy look as she wore leather trousers and a matching tube top with black heels

The duo were seen gathering outside the gallery’s industrial entrance where they met up with friends before viewing the artwork.

Despite being a tattoo artist by trade, several original pieces painted by Kostechko were on display at the gallery as part of a solo exhibition which will run from Sep. 18 – Oct 24, by appointment only.

As the duo have never gone Instagram official, in a rare instance Nathan re-posted an image of the pair posing against a portrait of a grim reaper entitled ‘Sourpuss’  with their arms wrapped around each other.

The Baywatch actress and her man were first spotted out together in December 2017 and prior to Nathan she was romantically linked to Meghan Markle’s ex in 2014 and Stephen Dorff from 2015 to 2016. 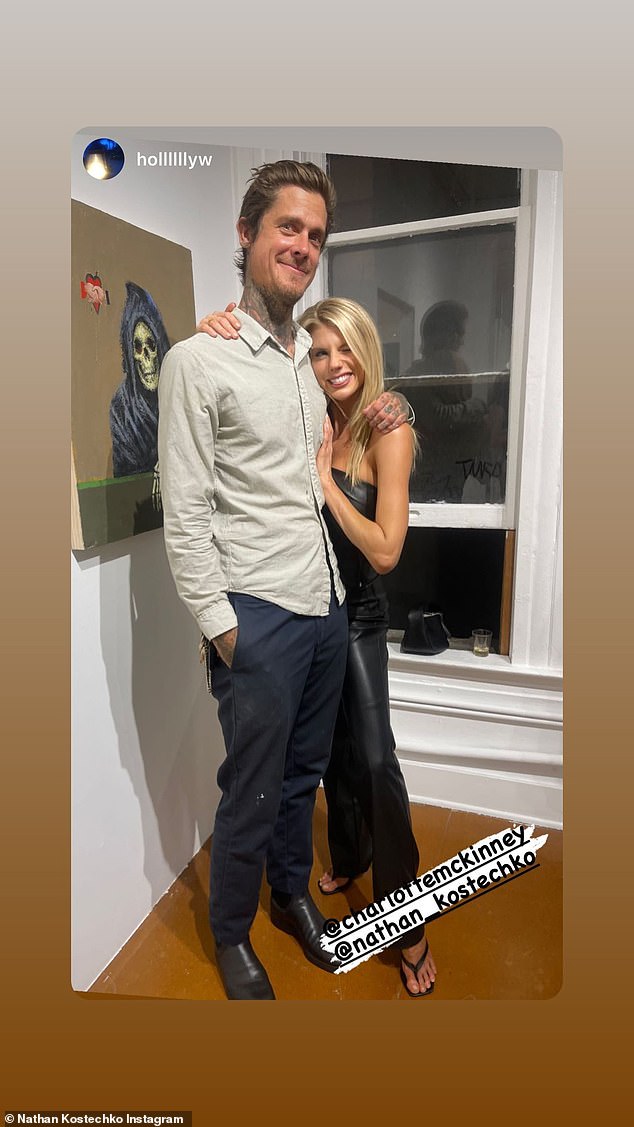 Rare shot: Though the couple of four years have been nearly inseparable, the duo have never gone social media official, however he did re-post an image of the pair on his Instastory

Oldest know drawing of a ghost found on 3,500-year-old tablet

This could be the world’s oldest ghost story. A 3,500-year-old Babylonian tablet at the British Museum contains what has been identified as the oldest known...
Read more
TV